Home > Our Blogs > Facing Canada > Commemorating Kristallnacht: Connecting to the Past, Learning Lessons for the Present

From where we stand today, historical events like Kristallnacht can seem like the distant past. It can feel difficult to connect to and learn about and from events that took place in other times and in other countries, but for that reason, it is increasingly important to find ways to study these moments - so that we don't let this history get relegated to the past. Below, Facing History and Ourselves educators in the Toronto area share how they teach about Kristallnacht in their classrooms.

How do you keep alive the memory of Kristallnacht in your classroom?

I invite Rabbi Erwin Schild, the Rabbi Emeritus of Adath Israel Congregation, to speak. He was 18 at the time and had just begun his studies in rabbinical school. His vivid recollections of the enraged crowd, of the fires, of the burning of the books of the school's library and the synagogue's Torah, of the pandemonium and destruction of a Jewish school and synagogue are so visceral and yet told so calmly. 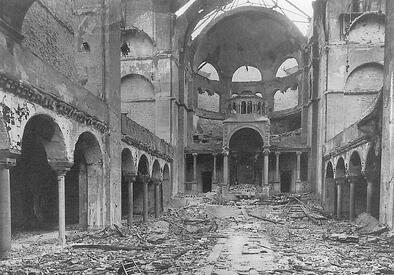 Rabbi Schild also speaks about his internment at the Dachau concentration camp and how he was told to get out of Germany quickly or face further arrest. He also speaks of seeing his father and mother for the last time before he managed to get permission to go to England to further his studies. When he has given this talk in the past, I watched as my students sat there, wrapped up in his narrative and saw their shock and admiration when Rabbi Schild spoke of how he returned to Germany many times after the war in search of dialogue, despite what happened. His honest words and deep answers about his pride in being a German Jew leave my students with questions about their own identities. The experience leaves them with more questions than answers, and dispels stereotypical assumptions.

Caroline Howe, Scott O'Connor, and Tamara Mischena are teachers at Francis Libermann Catholic High School. Caroline is the teacher-librarian and has taught English, history, geography, English as a Second Language, and literacy for over 20 years. Scott teaches students with special needs by day and a grade 12 Genocide and Crimes Against Humanity course by night. Tamara teaches in the English, Special Education, and Canadian and World Studies departments. She also teaches the genocide course in the evenings.

At Francis Libermann Catholic High School, students are organizing a commemoration of the 75th anniversary of Kristallnacht. In this largely student-driven initiative, students have been busy researching the Kristallnacht pogrom and putting together a visual display to inform their peers about the events of November 9-10, 1938, in Nazi Germany. While spreading awareness and commemorating Kristallnacht is one goal, students also hope to encourage their fellow peers to reflect on the significance of Kristallnacht today, including: 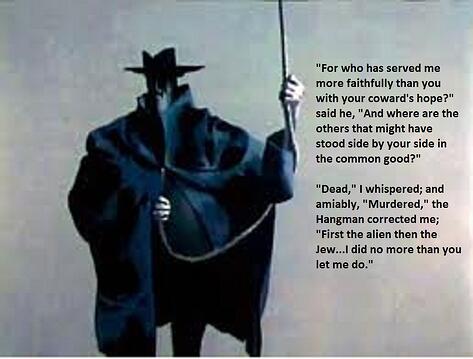 Over the morning announcements, this group of students will ask the rest of the student body, "As we remember Kristallnacht, we think to ourselves: Do we stand against hatred and violence in our own lives? How can we stand against injustice when we see it?"

Go deeper. Explore these Facing History resources that cover the history of Kristallnacht:

Reading: The Night of the Pogrom, in Chapter 6 of Facing History and Ourselves: Holocaust and Human Behaviour