I have always wanted my students to ask big questions of history. I have also struggled with the vast amount of time covered, until this year with the Revised Ontario Curriculum for Grade 7 History. The new curriculum spans 1712-1850, removing nearly 60 years of history from our timeframe. As I implemented the new curriculum this year, I felt I had more time to discuss issues and explore important historical concepts such as evidence and historical significance. Because of this, my students got a much better sense of the big picture of how Canada grew into the country we know today. 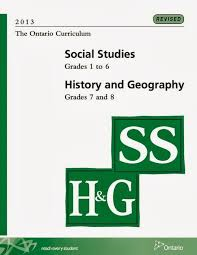 I also run a flipped classroom, so engagement and participation was up, especially from those students who would generally have struggled to “keep up” in a traditional lecture style environment. Due to this opportunity for deeper disc ussions I finally found myself in the situation that I have wanted to be in for a very long time; students were asking the big questions of history that I have always wanted them to “What about the Aboriginals?” “What role did the Aboriginals have in this act, this decision? (To quote my students accurately I will be using the term Aboriginal. This is the term used in the textbook and the term students are most familiar with. I will use the term Indigenous People.)

I have always included information regarding the absence of the Indigenous People’s voice in the legal or documented decisions of Canada, but I have also found the amount of content to be overwhelming for students. This reduced their ability to gain a real depth of understanding. This year they wanted to know, they wanted to talk. So I wanted to give them the information, the resources, to speak knowledgeably and form arguments from researched positions.

Unfortunately, my textbook was no help because there was only a review section at the beginning and a few coloured text boxes sprinkled throughout. I asked colleagues, the Twitter gods, YouTube, and the old fashioned library. People had resources; people had stories, picture books, cute rants, and PBS documentaries. However, my problem remained, as very little of the available information is from the time period leading up to the numbered treaties and very little of that is from the perspective of the Indigenous People of Canada. I really wanted to find voices from the past that could help us shed light on this history from more perspectives than those of the European settlers.

What information I could find focused on how poorly Indigenous People had been treated, especially residential schools, which also occurred after the timeframe of the Grade 7 curriculum. I didn’t want that to be my focus. I wanted to discuss the fundamental role Indigenous People played in the colonization and development of Canada. Could the French have ever settled if Indigenous Peoples had not helped them gather furs? Could the Courier de Bois have ever ventured into the interior without the support of Indigenous tribes? Would the war of 1812 have been different had Techumseh not stood up to Governor Harrison? (Somehow Techumseh only becomes important in that war when he lands on Canadian soil…) But I couldn’t find any resources to bring these important voices and historical experiences to my students. 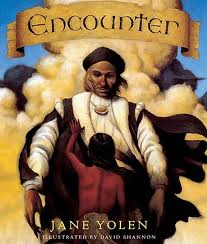 Out of frustration I put it to my classes because, as they say, 55 heads are better than one! What they found, or more accurately what they didn’t find, angered them. The most common response was, “There is nothing out there.” They came back with links to Indigenous groups’ websites from all over Canada, information regarding current conflicts, but nothing from the time period we were studying. This brought us back to previous discussions of oral history, (shameless plug here for previous blog on text, The Pink Triangle) and how stories are lost along the way resulting in the unfortunate fact that we may never know the truth.

I believe my students learned something far more valuable than dates of battles and names of leaders. They learned that History is always changing and we never have all of the information and we may never know the full story. This has caused them to question everything, what they hear on the news and what they see on the internet. They have realized there are many sides to every story and you have to go deeper if you really want the truth. I think next year I will not wait for the questions. I will include the Indigenous Peoples from the beginning and track their involvement throughout the history, and if the information is not there we will talk about it then in that moment. Hopefully I will be able to use Facing History’s new resource guide on Indigenous Peoples through the lens of lost language, which is slated for release in the fall of 2014, to help me.

How do you try to help your students ask big questions of history? What questions do they ask? What resources have you used to include the Indigenous People’s voice in the story of colonization?