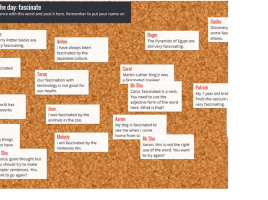 END_OF_DOCUMENT_TOKEN_TO_BE_REPLACED

Our group spent a good bit of time walking around Warsaw and seeing its sites. The first thing to realize about Warsaw is that it is an old looking but newly constructed city. Our guides said that the Germans destroyed at least half the city when they captured it in 1939. The destruction of the Warsaw Ghetto in 1943 after the suppression of the Rebellion accounted for 10 per cent more destruction and the failed uprising of August - October 1944 destroyed another 25 per cent and depopulated what had been a city of 1.3 million. We saw a film of the destruction in the Museum of the Warsaw Uprising and the visual record is a stunning one. Entire neighborhoods were obliterated and less than 1000 lived amidst the rubble. Two hundred thousand Poles, some of them Jewish survivors of the Warsaw Ghetto Uprising, lost their lives--many simply shot randomly on street corners (marked throughout the city).

END_OF_DOCUMENT_TOKEN_TO_BE_REPLACED

As an educator I have found that FHAO’s greatest resources are their human resources. Over the past few years I have been very fortunate to get to know each of the members of the Toronto Office, and as such have found a wealth of knowledge and support through them that I have been able to bring into my classroom. The Toronto Office runs a variety of workshops (such as the Bully Film Workshop, Literature Workshop, and the Facing History Urban Education Workshop, to name a few) that I have found invaluable in my personal and professional development. They run workshops that are immediately relevant to both our curriculum and our students. They deliver the information in pedagogically relevant ways, modelling wonderful new and creative tools and strategies as they take us through new and interesting (and though sometimes disturbing, frequently uplifting!) content.

END_OF_DOCUMENT_TOKEN_TO_BE_REPLACED

Rethinking Teaching is Hard but Rewarding: Some Thoughts on Facing History's latest workshop

Being a teacher keeps me thinking and growing all the time. It seems that as I age, my skills must get ever nimbler even as my legs fail to keep pace. I find that I am spending more and more time reflecting on how to create lessons that have a lasting impact, which leaves me less time to prepare the actual lesson. To speed the process, I needed a rubric for reflection--and Facing History's wonderful workshop on Urban Education that took place on 27 May was the perfect prescription. I want to share the highlights with you!

END_OF_DOCUMENT_TOKEN_TO_BE_REPLACED

Avoiding Victimhood: enticing our students to think critically about Genocide

My last couple of posts have focused on the educational methodology of teaching media savvy students how to examine visual evidence of the Shoah. I have recorded some of our class conversations and you must wonder: what is the atmosphere like in this classroom? Is it terribly negative considering what is being learned? Mustn't it be especially upsetting for students in a Jewish day school to learn the horrific details of the Shoah, the Holocaust, that wiped out an entire Eastern European civilization? My students find this study enlightening and are not depressed but eager to learn more and empowered by what they discover. I would like to share how this can be done. For me, this is an issue that transcends ethnicity, nationality, or religion. How are students affected by learning about genocidal attempts that strike 'close to home"? Let me begin with a story that exemplifies what Facing History is all about.

END_OF_DOCUMENT_TOKEN_TO_BE_REPLACED

How FHAO can Help us Teach Coping Strategies

I recently completed a Guidance AQ with a heavy focus on counselling methodologies. In one session we previewed Solution Focused Counselling and in another Bereavement Counselling was the focus. Whereas Solution Focused Counselling relies heavily on the Active Coping Strategy concentrating on Problem Focused Coping including Cognitive Decision Making and Direct Problem Solving and Bereavement Counselling focused on Support Seeking Coping Strategies such as Support for feelings (CCSC & HICuP, 7), in both the importance of teaching coping strategies was highly emphasized. It became clear to me that the need to teach our students effective coping strategies is important (for further on this, see “Eight Important Reasons for Teaching Kids Healthy, Brain-based Coping Skills in School”).

END_OF_DOCUMENT_TOKEN_TO_BE_REPLACED

As mentioned in my previous post, doing professional development with Facing History has been a very transformative experience for me as an educator. Many teachers attend PDs, seminars and workshops, and quite often, there is not much follow-up afterward, but with Facing History, the staff ensures that they provide resources and follow-up with teachers attending their seminars.

END_OF_DOCUMENT_TOKEN_TO_BE_REPLACED 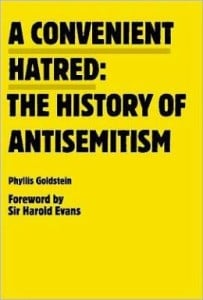 END_OF_DOCUMENT_TOKEN_TO_BE_REPLACED

From Transformational Learning to Action

August 15-19, 2011 was a transformative week for me as an educator as I had the honour of attending Facing History ‘s “Holocaust and Human Behaviour” Seminar in Toronto.