Who has voice? Who is silenced? 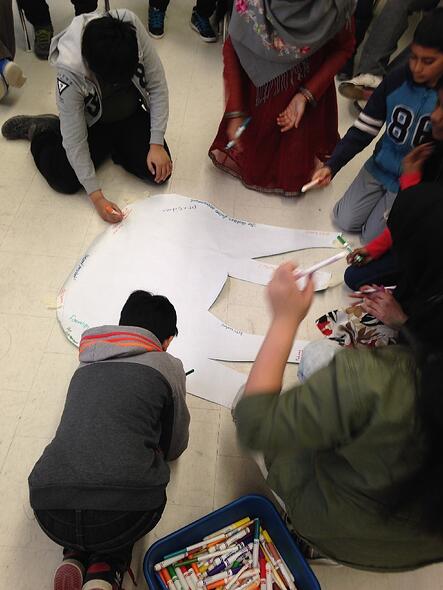 Last year I paid really close attention to who participated in large class discussions. My class only had 6 boys out of 21 students, but the boys by far dominated conversations, silencing the voices of the girls. If the girls did try to speak, they were often talked over or not taken seriously. This year, there is far more gender balance and the boys still dominate discussions, and answer more questions during lessons. I strategically choose who speaks, and often tell the more outspoken boys to allow others a chance to speak first so that more students have voice. Students have become familiar with me telling them that I can see their hand up, but I want to give opportunities to others who have not been heard.

There are many debates about the merits of reward systems in classrooms, whether they range from giving stickers away for positive behaviour, awarding points to table groups or having prizes at the end of the week to motivate. Some teachers prefer that students have entirely intrinsic motivation. If a teacher chooses a reward system, in my case, I have a points system, in which I reward for positive behaviour. I’ve been thinking about who is consistently "earning" and “losing” points. Is the hungry student who is acting out because his/her parents can't afford to feed him/her a healthy breakfast getting consistently denied rewards? Does the shy kid who lives in poverty who doesn't act out, but also doesn't say much in class not get rewards because they don't actively participate? I am left to ponder whether the student who already feels disempowered outside of school, is also feeling the same at school. An example of students feeling disempowered is as simple as them telling me that they aren’t used to making their own decisions both in school and within their community. There are often many classroom conversations reminding students that their voices are important. Having a student centered classroom is also essential for students to know that they are valued and empowered.

I’ve also been thinking about how I saw the children in September, and wonder what judgments I made about them and their ability to learn. Teaching in a downtown, inner city school, I witness the bar being set low by many people both inside our school community and outside of it; people who see the weaknesses of students, rather than the strengths. 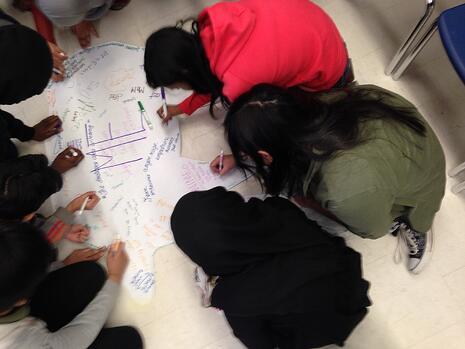 There are ideas that just because a child is from a particular community that they cannot achieve. Students either give in to the low expectation or they give in to a sense of learned helplessness. I have seen successes in my own classroom academically, behaviourally, and socially. When the bar is set high, students will aim high!

I know it will never be perfect and I will inevitably stumble as I try to negotiate my classrooms and the dynamics within them. I will make comments that are oppressive and sometimes create classroom environments that duplicate the larger society. However, I also know that a reflective practice enables me to examine what I do in my classroom. It helps me to build positive relationships with my students which in turn helps me to continue to create a dynamic classroom that is anti-oppressive, just and fair.

What strategies do you use to prevent duplicating inequity and injustice in your classroom?