Home > Our Blogs > Facing Canada > Why did I write a Holocaust novel?

Why did I write a Holocaust novel?

Readers often ask what compelled me to write a novel about the Holocaust. After all, I am not the child of survivors. In fact, most of my family came to North America well before the outbreak of WWII.

Nonetheless, from the youngest age, I seem to have been drawn to stories about survival. Perhaps it was because as a child, my best friend was the daughter of Holocaust survivors, and I spent an enormous amount of time with her and her family. That family, battered by loss and trauma, was so different than mine. Yet I sensed the commonality between our Jewish families despite the stark disparity of historical experience.

I’m sure that my curiosity about the Holocaust was also roused by the fearful silence surrounding it. As an overly sensitive child (sometimes to my detriment), I was often drawn to the “unspoken” even more than to the revealed. I inherently knew that my parents’ generation was afraid to talk about what had happened to the Jews of Europe. And who could blame them? How could anyone fathom that in the middle of the twentieth century a “civilized” continent would willingly go along with (or did little to prevent) the murder of an entire people?

Yet as I grew older and the details about that dark period of history came into sharper focus, there was something else that mystified me. I was baffled by the uncanny fact that many of the survivors I encountered had gone on to live relatively happy and productive lives (at least on the surface). How was it that some individuals were able to transcend their own suffering? What was the secret of their resilience? 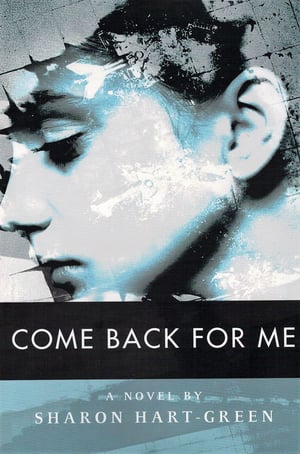 In writing Come Back for Me, I believe that I was also trying to understand the after-effects of historical trauma. I have often observed that some survivors, and even children of survivors, do not feel safe with anyone but their own family members. There are also those who harbour fears that being overtly Jewish will arouse anti-Semitism. They refrain from embracing any Jewish practices that make them appear “different.” In fact, I tend to wonder whether this fear of victimization is even more widespread than once believed. Has it been internalized by most Jews, even those who were not directly affected by the Holocaust? If being Jewish means being targeted for death, then even those who are not Holocaust survivors might somehow feel that being a Jew is too risky.

When I was younger, I channeled those anxieties into creative pursuits—painting, music, and theater. Being artistically inclined from a young age, it became my natural outlet. But as I grew older, I abandoned most of my creative activities once I started seriously pursuing an academic career. After completing a Ph.D. in Judaic Studies at Brandeis, I derived great satisfaction from teaching Hebrew and Yiddish literature at the University of Toronto for many years. Nevertheless, my artistic impulses were not completely silenced. They eventually bubbled up from beneath the surface, and suddenly in the middle of my academic career, I found myself needing to write. I suppose that after years of teaching the works of other writers (including many works about the Holocaust), I had an intense need to become a creator of literature, rather than one who teaches other people’s stories. If I could capture the inner world of those who survived--their excruciating pain and the struggle to overcome it--perhaps I would be able to contribute to the healing of those wounds.

My attempt to come to terms with what happened in the twentieth century has perhaps come full circle, since (to my astonishment!) my novel Come Back for Me is now being taught in schools. It is being used as a resource for teaching about the Holocaust, especially as it applies to memory, trauma, and the search for identity. I hope that by drawing readers into the lives of survivors and their children, my novel will challenge students to think about the Holocaust as an event that is not confined to the distant past. The desire to escape the perils of history may well be a natural reflex. But I have learned that facing it head-on is the first step toward forging a healthy and self-respecting future.

Sharon received her PhD in Judaic Studies from Brandeis University and has taught Hebrew and Yiddish literature at the University of Toronto. Her first book NOT A SIMPLE STORY (Lexington Books) was a study of the work of Hebrew novelist S. Y. Agnon. Her second book, BRIDGING THE DIVIDE (Syracuse University Press), is a compilation of her translations of the Hebrew poems of Hava Pinhas-Cohen. In addition, Sharon's short stories, poems, translations, and reviews have appeared in a number of publications, including Midstream, The Jewish Review of Books, and JewishFiction.net. She is currently at work on a second novel, about the mystical inclinations of a young man in search of love.