On October 26, Facing History and Ourselves Canada awarded Holocaust survivor, educator, and long-time board member Nate Leipciger with the inaugural Upstander Award in front of a room of 400 friends, family, and supporters.

Born in 1928 in Chorzow, Poland, Nate survived several concentration camps, including Auschwitz. He came to Canada in 1948 and went on to become a committed leader in Holocaust education. For over 40 years, Nate has shared his testimony with people of all ages, inspiring thousands to become upstanders with firsthand accounts of courage and survival in the face of horrific adversity. 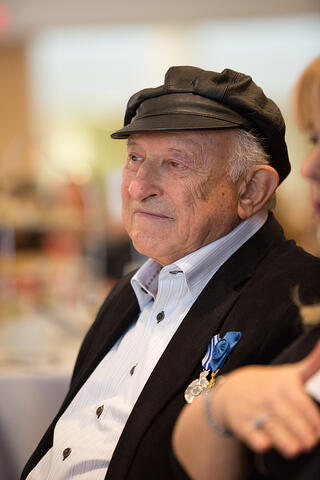 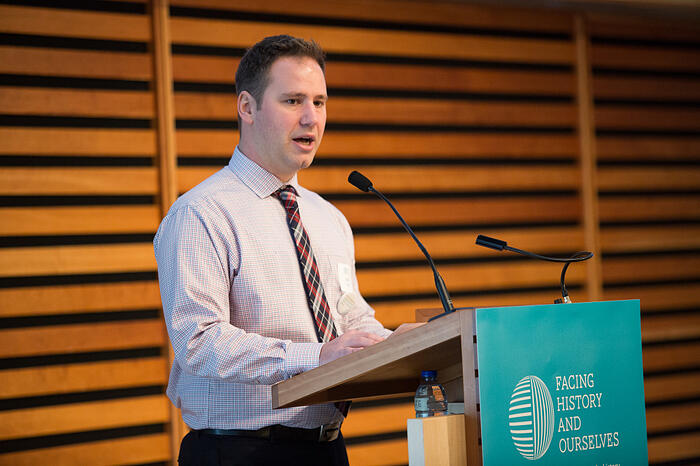 In their speech, Venedam and Goslinski thanked Nate and praised him for his inspiration saying, "This course, this man, and this project, have had deep impacts on our lives. Before long, we saw a change in ourselves—a change that is still working in us to this day, encouraging us to stop being bystanders and instead to be active upstanders in seeking out injustice and in changing the world." 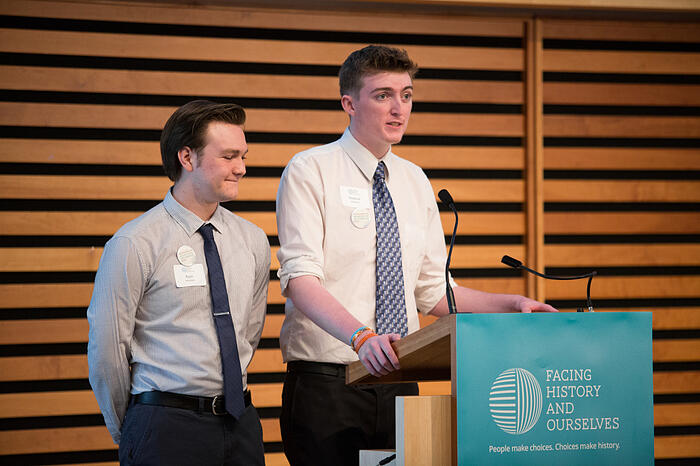 Following the student remarks, his wife Bernice Leipciger and his daughters Ronda Green, Arla Litwin, and Lisa Pinkus, all four of whom co-chaired the event, each gave touching speeches that praised Nate for his role as a husband, father and grandfather, and gave the audience at times humorous, at times inspiring glimpses into Nate's private life. 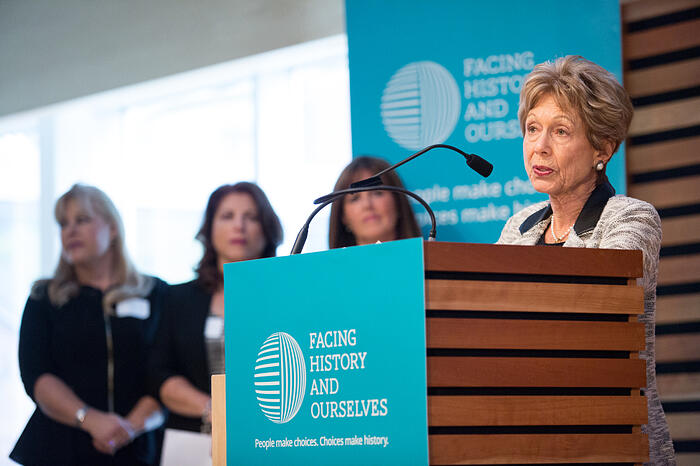 Facing History Toronto office director Leora Schaefer also praised Nate for his contributions to Facing History's local work before presenting him with his Upstander award. Following the award presentation, Nate himself spoke to a rapt audience about surviving the Holocaust, and the importance of Facing History's work. 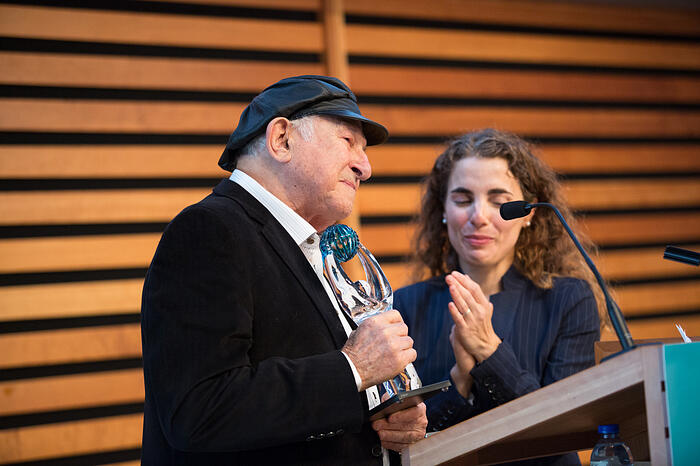 Read more about the event in The Canadian Jewish News.