This blog post is the 2nd in a multi-part series. Natalie Steele, an educator with Peel District School Board in Ontario, will be sharing additional resources and strategies for your classroom over the next few months on the topics of Black identities, humanizing stories, amplifying missing voices in the curriculum, and correcting the systemic abuses of history in schooling.

One challenge when studying the history of marginalized peoples is often the histories of these groups have a limited amount of primary source materials available for research to draw from compared to the prolific amount of Eurocentric sources. In your search to find primary sources that help students to connect to the humanity of those held in bondage in an inhumane system, you may encounter many barriers, like language, accessing the actual resource because it's no longer in print and/or digital versions are not available, and/or the only copy available is far away with limited access.

These barriers are further complicated when studying the history of people of African descent in early Canada. While some free Black Loyalists and freedom seekers began schools in Black settlements, slave owners held the right to refuse literacy education to my ancestors. This began during the forced arrival of the first Africans enslaved by British and French settlers until the abolition of slavery in Canada in the 1830s. In particular, education that could threaten the social order was withheld. The result? Until large numbers of Black people were able to read and write, most of our history was passed down orally. Oral histories are particularly vulnerable to being lost over time and parts can be forgotten and changed as it passes verbally from one generation to the next.

I try to overcome these barriers by supplementing missing voices from history through the use of historical fiction.

If you're going to be using historical fiction in your classroom, please keep the following things in mind:

In my own practice:

When developing materials for my school's version of CHE 3O0 - Origins and Citizenship: The History of a Canadian Ethnic Group, which focuses on the history of Canadians of African descent, it was suggested by the culturally responsive English team that we should try using Homegoing by Yaa Gyasi in the course. 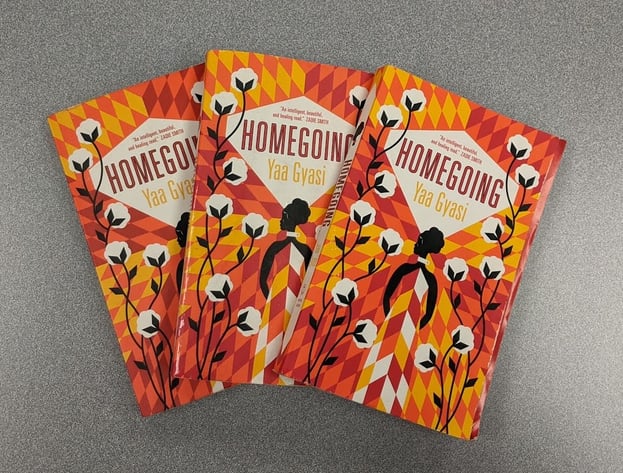 Until that point, it never occurred to me that I could use historical fiction in that way. I read the entire book and was moved. Homegoing gave my students and I the opportunity to see how slavery and anti-Black racism has impacted black people for generations. There were moments where we cried together and had to take deep breaths and process what we had just read. The way Gyasi captured the experiences of colonialism and slavery from the beginning to the end through the experiences of an extended family is amazing. It allowed my students to hear and experience what it was like. For those of you who have students who may be on an individual education plan (IEP) or need support with reading, I would recommend that you also obtain an audiobook version of the text for them to listen to instead of reading it. Also, teenagers like being read to.

That was my situation 3 years ago while developing CHE 3O0 with my colleague. Today I find myself back in the same place as I currently develop and collect course materials to teach an Afrocentric CHI 4U0 -  Canada: History, Identity and Culture at my school. I am once again searching for materials to restore the silenced voices and experiences of my people so they can be heard, honoured and remembered by generations to come. Never to be lost, forgotten and marginalized again.

For additional resources that highlight the voices and experiences of Black Canadians: The Youth of God by Hassan Ghedi Santur

The Youth of God tells the story of Nuur, a sensitive and academically gifted 17-year-old boy growing up in Toronto's Somali neighbourhood, as he negotiates perilously between the calling of his faith and his intellectual ambitions. Trying to influence him are a radical Muslim imam and a book-loving, dedicated teacher who shares his background. In its telling, this novel reveals the alienated lives of Somali youth in an environment riddled with crime and unemployment, while still in the grip of bitter memories of a home left behind.  (From Mawenzi House via CBC) 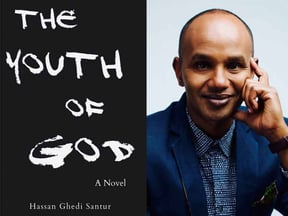 Frying Plantain follows Kara Davis through elementary school to her high school graduation, as she comes of age while being perennially caught between her Canadian nationality and Jamaican heritage. Over a series of 12 stories, Davis visits her great aunt in Jamaica, endures a cruel prank by close friends and deals with her stubborn grandparents. (from CBC.ca) 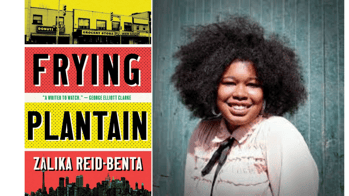 Dominoes at the Crossroads by Kaie Kellough

In this collection of stories, Dominoes at the Crossroads, Kaie Kellough navigates Canada's Caribbean diaspora, as they seek music and a connection to their past. Through a broad cast of characters — including jazz musicians, hitchhikers, suburbanites, student radicals, secret agents, historians and their fugitive slave ancestors — Kellough stretches the stories from Montreal's Old Port to as far as the South American rainforests. (from CBC.ca) 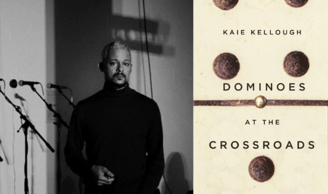 The Book of Negroes by Lawrence Hill (Gr. 12)

Abducted as an 11-year-old child from her village in West Africa and forced to walk for months to the sea in a coffle—a string of slaves— Aminata Diallo is sent to live as a slave in South Carolina. But years later, she forges her way to freedom, serving the British in the Revolutionary War and registering her name in the historic “Book of Negroes.” This book, an actual document, provides a short but immensely revealing record of freed Loyalist slaves who requested permission to leave the US for resettlement in Nova Scotia, only to find that the haven they sought was steeped in an oppression all of its own. 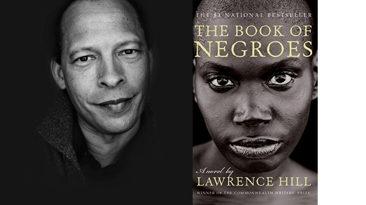 Any Known Blood by Lawrence Hill

Written ten years before his celebrated novel The Book of Negroes, Lawrence Hill's Any Known Blood follows five generations of an African-Canadian-American family, from the slave trade of 19th-century Virginia to the predominantly white suburbs of Oakville, Ont.  -CBC.ca 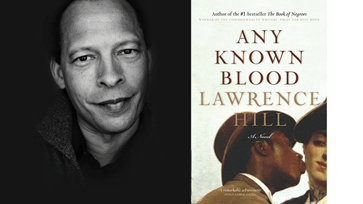 Washington Black, tells the story of 11-year-old Washington "Wash" Black, a slave on a Barbados sugar plantation in the 19th century. His master is Englishman Christopher Wilde, who is obsessed with developing a machine that can fly. When a man is killed, Wilde must choose between his family and saving Black's life — and the choice results in an epic adventure around the world for Wash. (from CBC.ca) 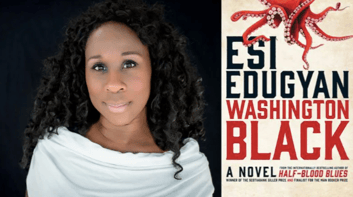 The Hate U Give by Angie Thomas

Sixteen-year-old Starr Carter moves between two worlds: the poor neighborhood where she lives and the fancy suburban prep school she attends. The uneasy balance between these worlds is shattered when Starr witnesses the fatal shooting of her childhood best friend Khalil at the hands of a police officer. Khalil was unarmed. *Note: This is not a Canada-specific text. 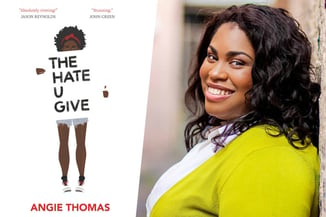 Teachers, we want to hear from you.

Natalie Steele is a teacher with the Peel District School Board and has been in education for over ten years. She currently works in the secondary panel as a History, Geography and Law teacher. She is passionate about social justice, culturally responsive pedagogy and dismantling anti-Black racism.