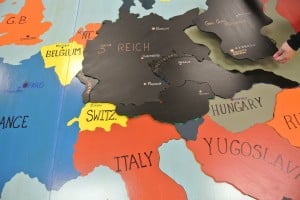 After recently watching the movie Indiana Jones and the Last Crusade with my sons, a thought hit me. In the movie, Indiana accidently comes across the gigantic map room where Nazis are secretly planning their conquests. Leaders and rulers – and everyday citizens – throughout history (like Winston Churchill, for example) have had map rooms. My students needed one too.

END_OF_DOCUMENT_TOKEN_TO_BE_REPLACED

How to Inspire a Holocaust Survivor

It was a perfect evening. There was a palpable glow on the faces of my students. They were the faces of students who had been given something they didn’t know they had. The faces that say, “I did it…I delivered and I rocked!” The sense that they left the confines of their world and did something special…they accomplished something bigger than themselves. They shone as individuals. They lit up the room. While the Leafs and the Jays played, our students spoke. They spoke of the injustice, of hate, of isolation with the fresh eyes and raw passion that only youth can deliver.

Students from four schools speaking about things that touched them the most, issues that moved them. The "Stand Up, Speak Out" night put on by Facing History Toronto last month illustrated the power of youth and the spoken word. The night was a culmination of weeks of practice and mentoring by inspiring spoken word artists like Testament, Lishai Peel, and Shoolie. When they took to the stage and spoke their pieces, an auditorium of snapping fingers and applause rewarded them. Parents were proud, if not bewildered by the depth of their child’s thoughts and the weight of their words. Facing History’s “dynamic duo” Jasmine Wong and Leora Schaefer coordinated this event, its lead up, and the reception that followed. These two amazing educators created a seamless evening that left the audience inspired.

At the reception, our students met Nate Leipciger, a survivor of the Auschwitz concentration camp. When I told Ben, one of Waterdown’s student presenters that evening, he decided to introduce himself. Ben went over to pay his respects. When he returned from speaking with Mr. Leipciger, he couldn’t believe what he had told him. “That man survived the Holocaust and he said I inspired him,” Ben said.

When it was time to go, my students seemed to want to linger just a moment more. They were relieved and proud. They boarded the bus glowing and triumphant. The tests they will study for and the notes they take will pass into history. But this night will stay with them always. For what is education if not to give our young people a voice?

Find out more about the "Stand Up, Speak Out" project.

Bring it to your classroom: Five Facing History Resources That Use Poetry to Build Skills.

END_OF_DOCUMENT_TOKEN_TO_BE_REPLACED

When the grandmothers speak, the world will be healed. Hopi prophecy 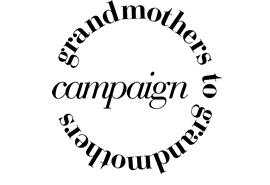 Grandmothers of Steel
When my Grandmother spoke, I listened. She survived Nazis, Communists and grandchildren. Yet she always had time for making schnitzel. Grandmothers are special; we know this. The partnership our students have formed with a very special grandmother has been inspiring. Her name is Lisbie Rae and over the last 2 months she has made regular visits to our classroom. This energetic and inspiring woman is a part of the Grandmothers of Steel! This amazing group has partnered with the Stephen Lewis Foundation (SLF) and with TD Canada Trust, raising over $200, 000 in the last 4 years to help grandmothers in Africa. Grandmothers helping grandmothers! What makes this program such a great fit for a Facing History Classroom is that Grandmothers of Steel and TD has given our class $250 to spend as Lisbie calls it, “seed money.” Students brain storm fundraising ideas and are given what they need to buy supplies and then the profits are donated back, while returning the $250 for next year. This concept is known as Table Banking. Table banking is used in Rwanda to help grandmothers there raise their orphaned grandchildren. Rwanda is a central unit in teaching Genocide. What better way to connect students to the history than to fundraise for the survivors of Rwanda. Students are able to study the genocide and then help with the healing.

END_OF_DOCUMENT_TOKEN_TO_BE_REPLACED

A “Testament “ to Speaking Out 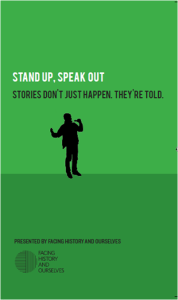 As my students build their journals, ideas of injustice and intolerance flood their pages. Yet this month, the pens are down and students of Genocide are standing up and speaking out. Mathew Jones A.K.A “TESTAMENT” provided Waterdown students with the tools and the inspiration to put their thoughts into Spoken Word Art.

END_OF_DOCUMENT_TOKEN_TO_BE_REPLACED 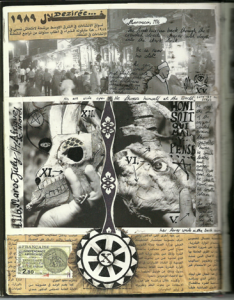 END_OF_DOCUMENT_TOKEN_TO_BE_REPLACED

Posted by Robert Flosman on February 5, 2013 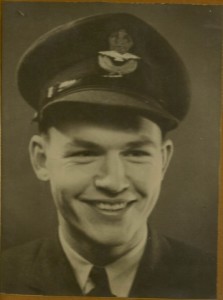 After the success of our museum, the crowds have gone as have the newspapers. How do you keep the momentum? A class can’t host a museum every month. The answer is turning inward. If we ask our students to uncover their past, to the basements and the shoeboxes in their homes, we uncover the ultimate facing history project: That of uncovering their families’ role in Canadian History. So many 15 year olds know their grandparents for their Florida vacation homes and holiday gifts. Teachers need to push our students to dig deeper. All these stories can be revealed over dinner and a conversation. A simple phone call can reveal a new world for a student and a new appreciation of family and history. What are their stories? Did they serve? Did they engage in resistance activities? What was their war experience? My students asked these very questions, then gathered and documented these stories and artifacts to display on our Wall of Heroes; a dynamic museum being built in our school halls.

Each artifact on the wall (see example below), provides a picture of the both the grandparents and student (with mention that they attend our school), and a brief account of their grandparents’ exploits. While no artifact will tell the whole story, each opens a window into history and encourages us to stop and further explore the connections we have with each other and our history. Jeff wrote that his grandfather was instrumental in developing CAMP X; that he was not only friendly with James Bond’s Ian Fleming but also guarded Igor Guzenko. Igor Guzenko is the first lesson in any grade 10 Cold war unit...but now that man pictured in every Canadian textbook with the bag over his head; the man who heralded the beginning of the Cold War in Canada has new meaning and connection to the class (Those less impressed with that connection at least went to see Sky fall! ). In the same class, a young lady named Lindsay knew only her Polish Catholic roots. Yet after investigating further, her family turned out to be Jewish! Her family had to hide from the Nazis. Her grandmother will soon be a part of our Wall of Heroes .

Teachers, how many of our students’ grandparents, great grandparents, aunts and uncles have built this country’s history? A life revealed on the Wall of Heroes. Museums don’t have to come from New York. Every student’s family is a small window into the past. At our school, kids are coming from everywhere to tell their families’ tales. A simple plak, costing $11.99 from Staples, brings their history to life for a school and a community. For more information on how to proceed and see our online archive, visit genocide@waterdown and look under Wall of Heroes. Let’s get the museum started!

END_OF_DOCUMENT_TOKEN_TO_BE_REPLACED

Why teachers should put the “ART of History” in student hands